The area to be studied and modeled belongs to the administrative region of Saint-Louis in the North West of Senegal, West Africa. Recently, an increase of schistosomiasis prevalence occurred there because of the construction of the Diama dam, aimed at lowering salinization of the Senegal River, and related works on the local water canalization system. That anthropogenic interference with the natural ecosystem caused the raise of the snails’ population size, particularly in the Lac de Guiers, the largest lake in that region.  Accurate mapping would thus be of primary importance, but is still missing and requires to be ad hoc created. To bridge the gap, two members of our team (Michael Montani and Renato Casagrandi) participated to the YouthMappers Reserch Fellowship in 2018 and joined other selected teams in Washington DC (George Washington University) and Morgantown (WV, West Virginia University) to attend a training workshop (involving also staff from Texas Tech University and research meetings at USAID and World Bank).

In the context of the Fellowship the idea of designing and realizing international YouthMapping event took the form of a Humanitarian OpenStreetMap Task (HOT) Mapathon. In our HOT project (tasks.teachosm.org/project/690), we aim at mapping villages in the Saint-Louis Region. The focal nodes of the cross-continental network are two Chapters of YouthMappers: the PoliMappers at Politecnico di Milano (Italy) and the UGB YouthMappers at the Gaston Berger University (Saint Louis, Senegal). A third polar node of the network is based at the African Institute of Mathematical Sciences (AIMS, Next Einstein Initiative) at M’bour, Senegal, under the guidance of Dr. Amadou Lamine Toure. Other YouthMapper fellows and mentors, as well as any other citizen worldwide, are very welcome to join us!

Organizing such an event hasn’t been easy at all: several technical aspects had to be decided in advance and unexpected issues emerged during the event – like discontinuity in web connections. However, the mapathon has been so successful that good results on the TeachOSM project were registered. Even more importantly, the interest stirred by the event pushed some passionate Senegalese students to create an OSM mapping group in Richard Toll, Saint-Louis, Senegal.
Everyone can still contribute to this project on teachosm.org by mapping villages and buildings in the Saint-Louis region!

Snapshots of the cross-continental mapathon event in November 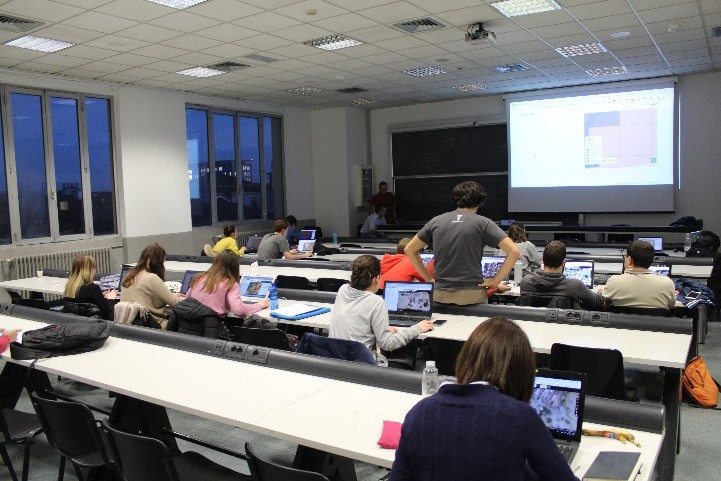 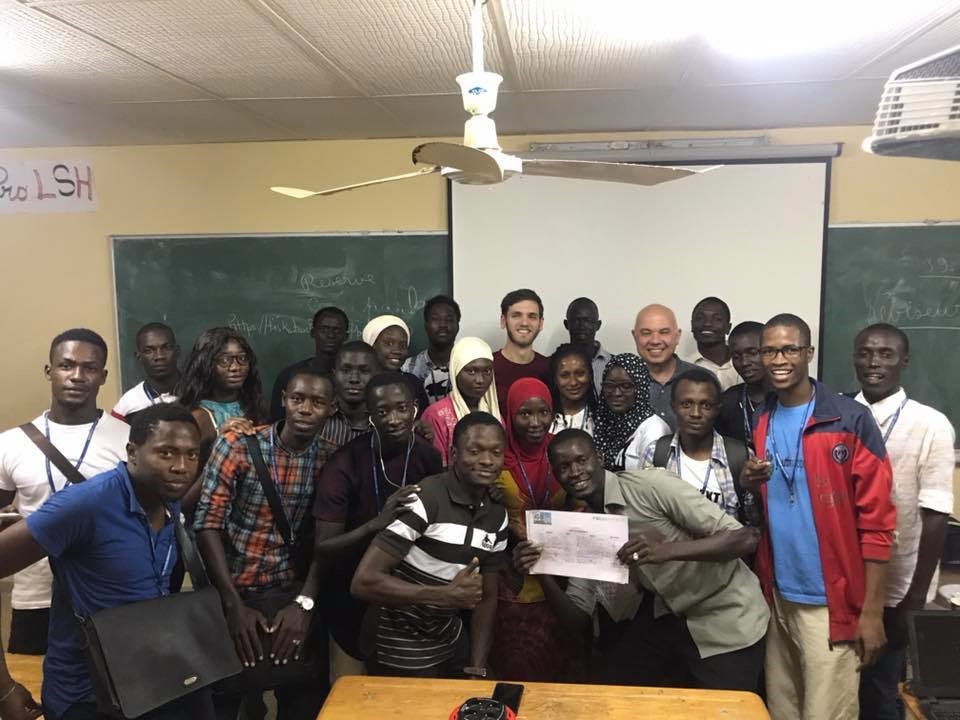 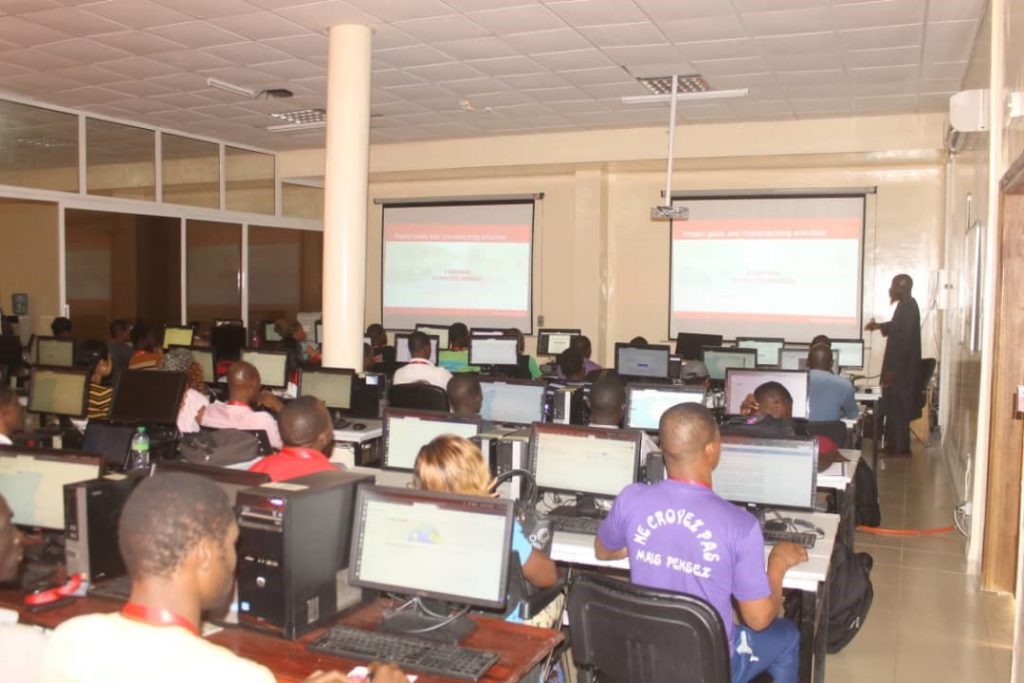 Dr. Lamine Toure with students at the African Institute for Mathematical Sciences at ‘Mbour (Senegal).