Schistosomiasis is one of the most devastating diseases affecting in particular Sub-Saharan Africa. It belongs to the group of the so called Neglected Tropical Diseases (NTD), which globally affect more than 1 billion people. The adjective “neglected” means that a disease has been eradicated in most of the developed countries, but it is still widespread in the poorer ones. Schistosomiasis is a water–based disease because the complex life cycle of its causative parasite involves contact with water where the intermediate hosts (snails of genus Biomphalaria or Bulinus) live. 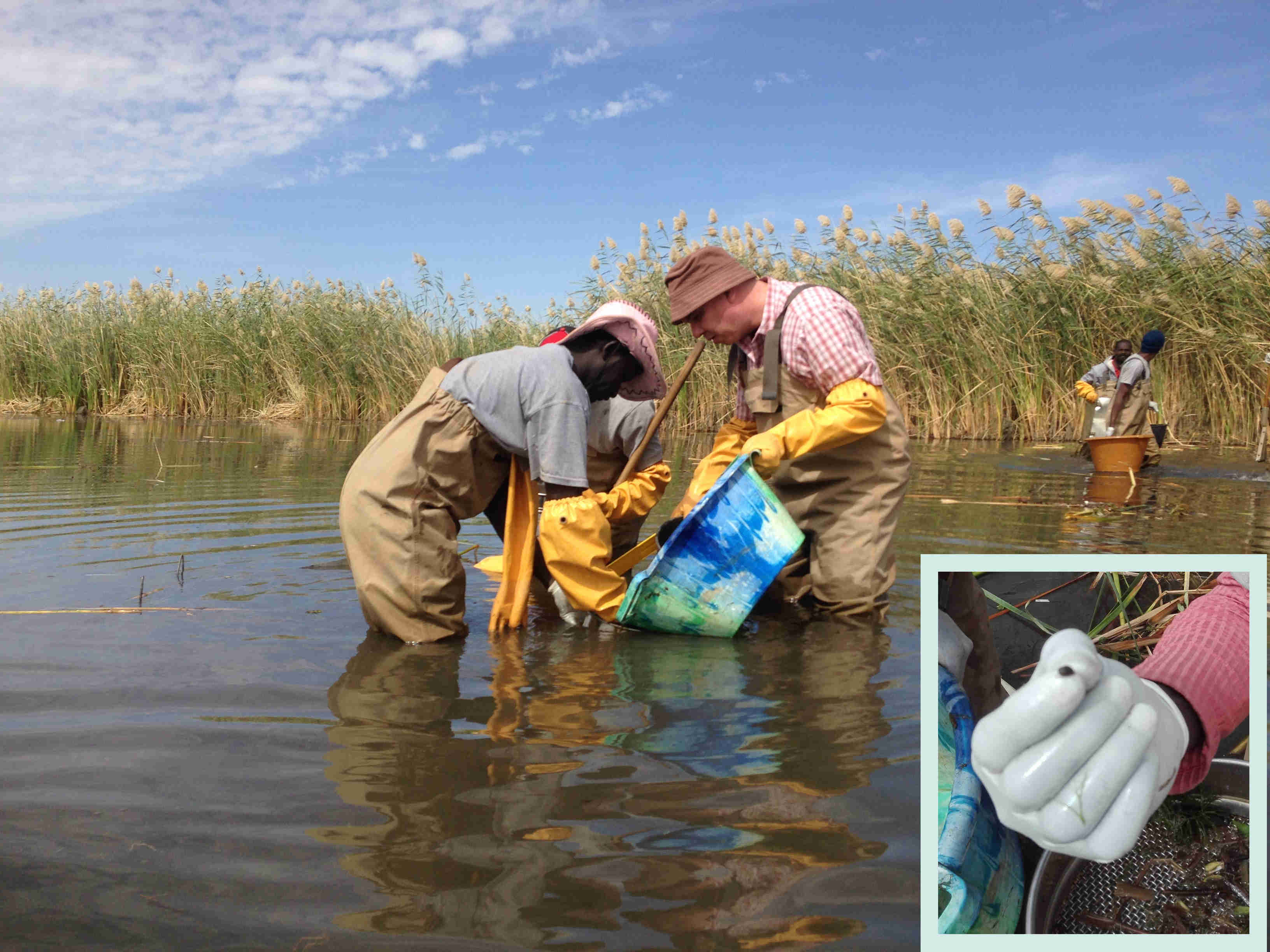 More specifically, humans infected by Schistosoma parasites release eggs with their escrements which hatch in the form of miracidia. Such miracidia infect snails where they undergo asexual replication. Infected snails then shed cercariae, the free living form of the parasite that can penetrate the skin of humans who enter in contact with infested water. Schistosomiasis cause urogenital and enteric diseases in the carrier’s body and can lead to serious impairment of physical growth and mental development in children, possibly resulting in a run-down state and preventing them from attending school. 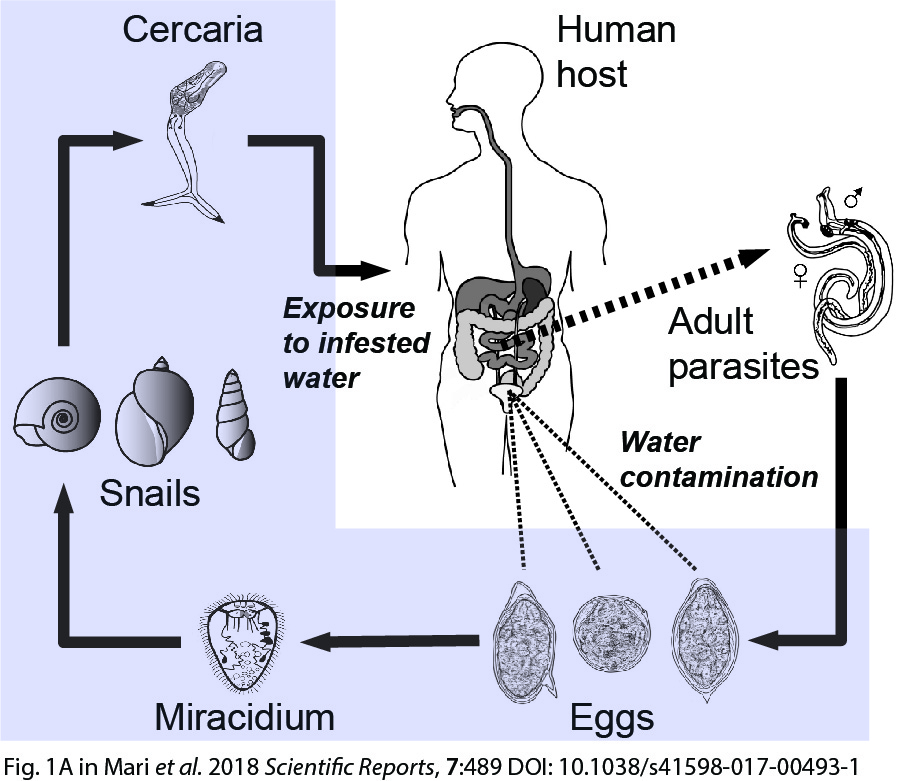 The focal human populations affected by schistosomiasis are people who live in extreme poverty conditions, who need to draw contaminated water directly from rivers, water basins, ponds or irrigation canals, and release their wastes “dans la nature” (i.e. within the environment), therefore maximizing the probabilities to become infected and contribute to onward transmission. Mapping the risk of schistosomiasis spread is thus  key to design control actions aimed at (1) letting decision makers minimize the population exposure, and (2) increasing awareness of local communities as a basis for education programs. 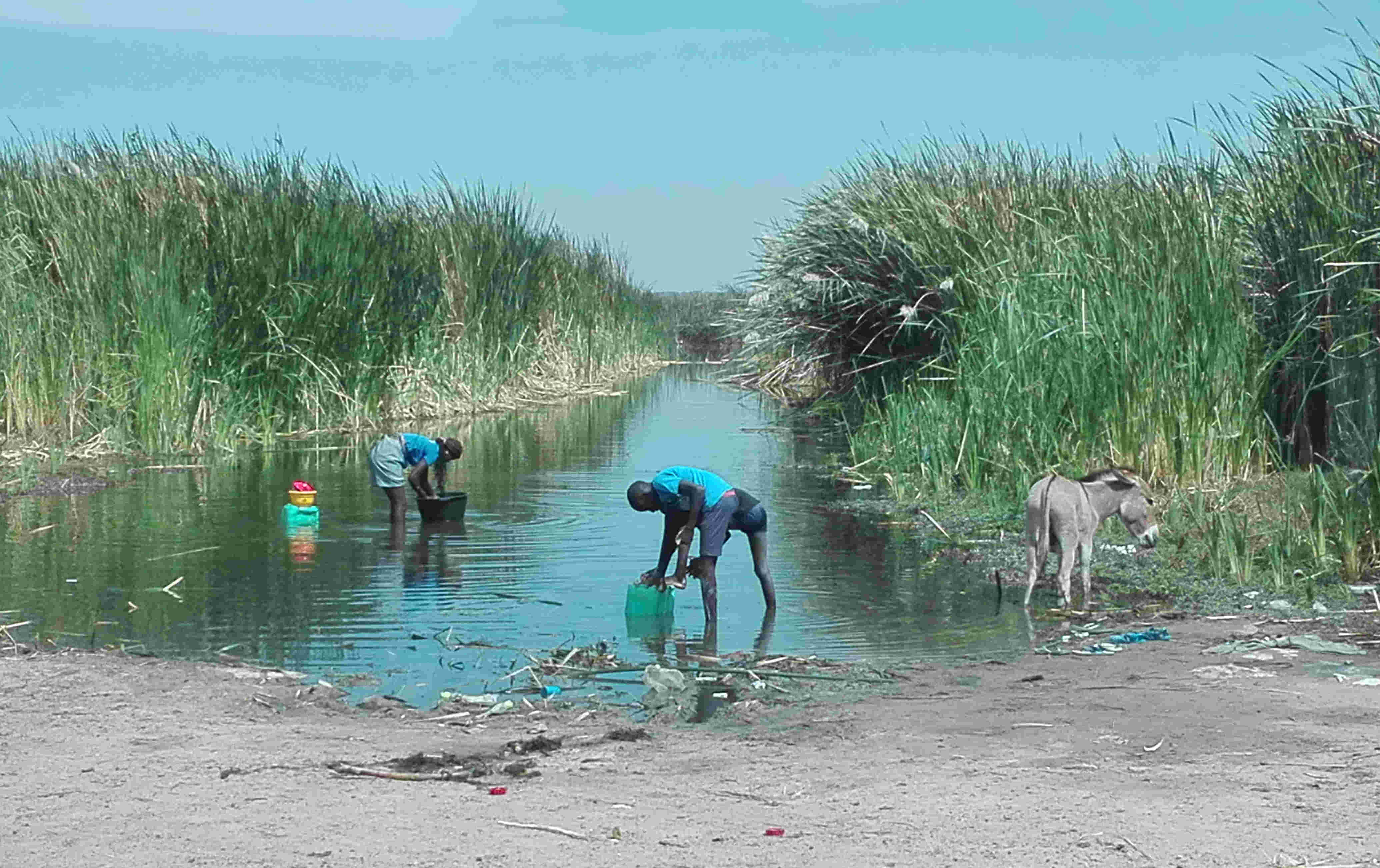 Models for explaining spatiotemporal epidemiological dynamics are crucial to both forecast disease spread and design control policies. Within the project, we are developing mathematical models for schistosomiasis which account for both the eco-epidemiology of the disease and human mobility. Still, such models have been used for theoretically oriented analysis to explain large-scale transmission patterns. To transform such models into georeferenced tools of practical use for a specific region known to be highly affected by the disease, it is needed to inform them with detailed data concerning both the aquatic and the human habitat. 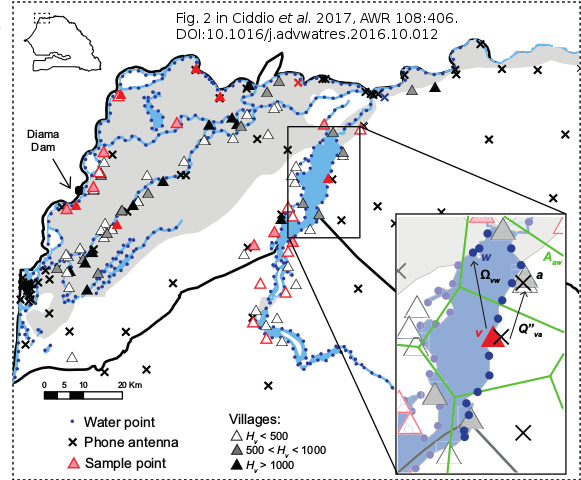 Data gathering and interpretation via modelling analysis is thus at the core of our research project.  In particular, we aim at collecting high resolution geographical information to feed our recently developed eco-epidemiological models so as to translate them into operative tools to fight schistosomiasis in one prototypical endemic region of Senegal, the Senegal River Valley (SRV).

The cross-continental YouthMapping event The Team